The Downyflake is Steeped in Island History

At the Heartbeat of the Nantucket Community

Downyflake Doughnuts has been serving Nantucket locals and visitors to the Island for over eighty-seven years. The combination restaurant and take-out operation, which serves breakfast and lunch daily ten months out of the year, is not only a local favorite, but has a widespread reputation throughout New England.  Travel planners and trip advisors list Downyflake Doughnuts as a “must see,” while visiting Nantucket.  A trip to the Downyflake for a hearty breakfast, a quick and reasonably priced lunch or a box of fresh doughnuts has become a Nantucket tradition.  The Downyflake is a daily bee hive of activity.  The Downyflake is more than just a food operation.  It is a meeting spot for locals and summer residents.  The Downyflake is a local business key to the heartbeat of the Nantucket community.

The Downyflake is steeped in not only Nantucket, but U.S. history.  It is believed to be the last remaining doughnut shop in the first chain of franchise businesses in the U.S.  In the early 1930’s, the Donut Corporation of America pioneered the development of the Downyflake franchise, having acquired the first automated doughnut machine.  During the 1940’s, the inventor of the automated machine, Adolph Levitt, helped supply product to the Red Cross, and doughnuts were made available to American servicemen on the battlefields throughout Europe.

At the end of World War II, the Donut Corporation of America published an instruction booklet aimed at recruiting returning servicemen to open doughnut shops.  Dozens of Downyflake Donut shops popped up all over America by 1950. 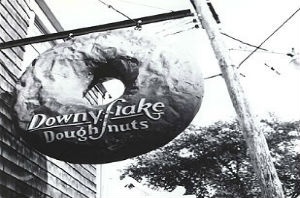 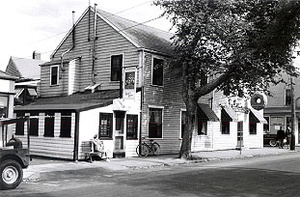 The archives of the Nantucket Historical Association document the opening of the first Downyflake on the Island as May 5, 1935. Throughout the years, the restaurant has made its home in several spots, first located in the downtown area.

For all of the years of doing business, the Downyflake has only changed hands a few times. The business has always been family owned and operated.

Many Nantucket locals remember the Downyflake as operated by two generations of the Karsten Reinemo family. In the late nineties, Karsten Jr. and his wife Julie sold the business to the husband-wife management team of Mark Hogan and Susan Tate.

The couple operated the restaurant as one of the Nantucket locals’ favorite dining spots for sixteen years. To this day, Hogan and Tate are remembered as the face of the Downyflake.

In the spring of 2014, Hogan and Tate sold the Downyflake business to another husband-wife restaurant couple. The current owners, Ron Oldham and Patty Kennedy, are a “hands on” management team with a long history of overseeing successful restaurant operations both on and off Nantucket. Most recently Ms. Kennedy managed the RopeWalk restaurant on Straight Wharf for twenty-one years, where Mr. Oldham was the Chef for thirteen seasons.

The Downyflake is by far not a fancy restaurant. The building has a streamlined, “retro” feel, and the owners keep it spanking clean. It is a family friendly establishment, which also caters to customers of all ages and from all walks of life.

The comfort food menu is thought by locals to be one of the most reasonably priced on the Island.

The majority of the staff members at the Downyflake have worked at the restaurant for many, many years.

The longevity of the staff at the Downyflake is one of the important aspects that set it apart from other dining establishments. Customers feel comfortable being served and waited upon by the staff members with whom they have become friendly over the years.

Together with their staff, the current management at the Downyflake is dedicated to preserving this landmark eatery, which celebrates the historical whimsy of Nantucket. 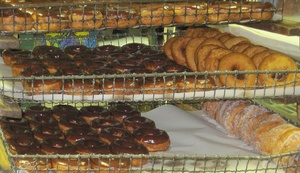 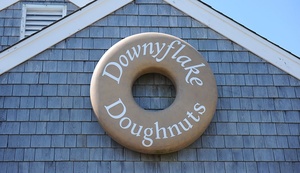 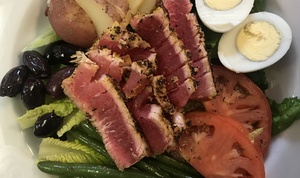 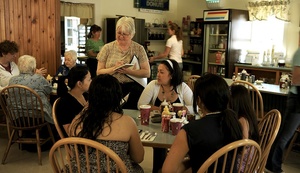